PART TWO
DO IT RIGHT, OR DO NOT DO IT AT ALL
(read part one here)

Thus and so, alas and stuff, numerous years zipped by. . . . 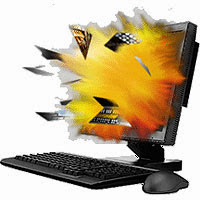 “Hurray!” I exclaimed in a happy voice to no one in particular. “I’m finished! Finished! Finiiiiished!”

At last! All of those images, memories, and sensations; those odd names and even odder people; those strange places and objects, bizarre situations and events, and anything else—all mysteriously ‘sent’ from this ‘otherworldly world’ supposedly beyond the reach of others’ ‘perceptions’—everything that had once converged to clash discordantly in my aching brain, had finally managed to melt into one mondo-mega-massive mind-mangling—

I gaped at the matron with the muted iridescent eyes and silvery-black hair—Orenda, I’d learned her name was—who stood as calmly as a cucumber, though much less bumpy and green.

“The first tale,” she replied. “Marisa’s tale . . .” She folded her veined hands atop her crooked walking stick. “It’s a pure and utter mess.”

“But—” I gaped all the more. “The people,” I cried. “The places, the things!” Ach—dammit! I didn’t write in just nouns! I grumbled and fumbled and fumed, while Orenda gazed at me, annoying humanoid cuke that she was. “I did what you told me!” I blurted, and thrust a finger at my computer. “I wrote everything down!”

“And now you must shape it.”

“Yes,” she replied, rather bluntly, “for your readers won’t quite understand it . . . yet.” 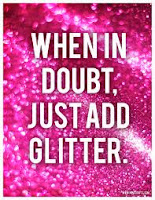 She wiggled her gnarled fingers above my keyboard, dusting it with that weird, mystical quick-vanishing silvery craft glitter stuff, before she leaned in to my monitor and sniffed, nose wrinkled.

“No.” Orenda eased back, face darkening. “The events”—she tsked—“they are all wrong.”

“Ow!” I flinched. “What the hell?!” I winced, glowering at her. What in the name of everything high and mighty did she just smack me upside the head with the top-crook of her walking stick for?!

“Tut!” she said sharply, pupil-less eyes ablaze. She seemed taller, straighter, more frightening somehow. “Do not repeat everything I say. And neither use double punctuation, nor split your infinitives.”

The top-crook of the walking stick jerked up, and I cowered, fell silent, swallowed the double punctuation like a bitter pill.

Orenda lowered her walking stick—very, very slowly. “You must listen,” she insisted. “Observe and learn. Open your mind to all that you perceive from my world and yours—”

“Not enough. You will find no solace, no acceptance, no peace in your current work. It is not your finest potential.” 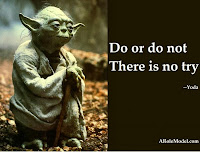 “Do it right,” Orenda remarked, “or do not do it at all.” And with that, she shimmered out of my workspace and into the ethereal . . . wherever that was.

Alone again, I scoffed—Do it right, or do not do it at all—then flinched involuntarily at the all-too-recent memory of the hard top-crook, adding in sour afterthought, “I still think you sound like Yoda,” and though I had to admit their inner likenesses were very similar, Yoda physically resembled the cucumber Orenda pretended to be.

I dropped into my computer chair, hurt and anger simmering the hot the defiance in my gut and wounded pride in my heart. Not my best potential. Hmph! What did she know? My project was fabulous! Remarkable. Excellent. Superb, wonderful, supreme, marvelous, splendid, and every other superlative synonym for “good” ever invented.

Bar none, it was the best I had written—ever. [← Read: The only thing I’d written—ever . . . not counting those early-on, dead-end short stories.]

So I let out another snobbish ‘hmph!’ and groused into fat air. (Hey, no one ever mentions ‘fat air.’)

. . . and I ignorantly began to prepare my glorious manuscript for all of those big-name agents and highfalutin trade publishers the world over, knowing—yes!—without the shadow of any doubt they would love, love, love this story as much as I did. Pfft. Hell, I’d probably even have to beat them off with a stick! 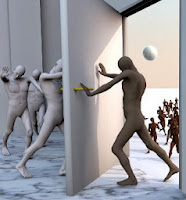 Send a manuscript with fewer than three grammatical errors, and we might consider it – Ha!—slam! (Yes, this happened.)

You’re a squeegee—slam! (This didn’t, but it might as well have, pointless rejections that they were.)

Defeat stank like a week-old fish, and I hated that the mystic had been right. But a stubborn nature doesn’t necessarily let one see where one’s gone wrong. 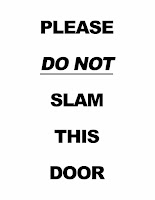 So, crushed with an ego now the size of a grain of sand, I tried one more publisher—a small publisher/editor from overseas—with the tiny hope that someone, somewhere had to like what I’d written . . . right?


Well, this particular small publisher/editor didn’t slam the door in my face. No. In fact, he booted me hard in the backside with the straight dope: My work was unpublishable because . . . and he promptly proceeded to list all the things wrong with my project. 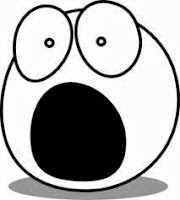 So there I sat in the wake of his email: stunned, aghast, bewildered, flabbergasted, duly stabbed in the gut with my high hopes now ground into a bitter powder beneath his shiny cyber-shoe. My heart squeezed out its melancholy like a sodden sponge squoozen—

Then I threw my head back and wailed!

Oh, how I wailed! . . . and I beat the air with my fists, gnashed my teeth, twisted my face up in excruciating agony, all while hot tears streamed down my flushed cheeks in gushing salty waterfalls of ire, over-exaggerated by raging writer melodrama and a propensity for extra-flowery description.

Why, oh why was fate so cruel, so devious, so tasty? Where had it taken this awful downturn, when I knew I mustn’t fail in my mystic-given task? Who would write those stories needed to be told, and what would become of myself as an author? When in blue blazes had I donned an orange-and-black slicker with a pair of yellow-spotted gum boots? . . . the combination was horrible!

What, you expected something more dramatic, more writerly, more exaggerative?

Pfft. No. I simply stopped—stopped wailing and moaning, bitching and complaining about life being oh-so-unfair and all that crap, buckled down, and began to learn. 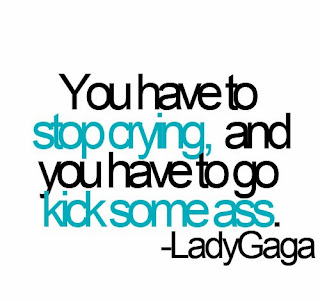 And therein laid the key (which the mystic—my muse—had been correct about, of course): Listen, observe, and learn. So I sought all I could from those with the expertise to teach all the woven ins and out throughout the complexities of the writing craft. Reference book after reference book, novel after novel, critique after critique after long and sometimes gut-wrenching critique, I devoured everything I could get my brains around about the writing craft, ever-hungry, never-sated—yum, yum, yummy!—and I learned. Oh, how I learned. Learned, learned, learned. Learnity-learned-learned! . . .

(Continued on November 11th, at yes, this time, the eleventh hour . . .)
Posted by Devon