PART ONE
WHO THE HECK?? 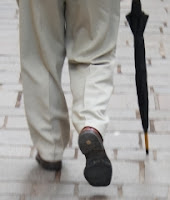 Excellent saying and very inspirational, to be sure, but . . . what happens after that single step?

One thousand freakin' miles! Have you any idea how long one thousand miles is? Approximately a third of the way across the United States—from Delaware to . . . oh, I dunno, somewhere out in Missouri.

All right, yes, the saying is metaphorical; not many aim to hoof-it from the eastern coastline to Midwestern US, but some writers do strive to slog-it from a novel's point of inception to its final destination—published, and into the hands of a readership.

And that's how it feels: One obnoxiously long haul through several-hundred-thousand edited and re-edited words beneath ten frantically typing fingers, and holy smokes, are my fingers ever sore! So's my brain.

You see, carrying an entire fantasy world, complete with its own people and its myriad sets of circumstances and events—not to mention all of that stupid firmament junk that comes with it—squarely upon one's mind . . . it's a mighty task, I tell you!

But not one I plan to back out on. No, because I made a promise, one I will see to the very end. Death, or the completion of my collection (and other tales)—whichever comes first.

Wait! Hold on. Note: Obviously, some of this didn't actually happen. I'm a writer; I aim to entertain. Please take much of this recollection with several grains of salt, and call me in the morning.

Actually, no. Nix that.

It was a bright and sunny afternoon, and there I sat at my then-old, immensely slow computer in the living room of my dinky one-bedroom apartment, click-clacking away, writing, creating, eating, smiling, no cares in the world—mid-90's, newly married, low rent, two cats, no kids, and as much glorious spare time I could ever want, when out of the blue—

—something tickled my brain.

Mind you, now, my frequent creative brain-tickles don't normally cause me to smack my head and exclaim: “ASTERISK, AMPERSAND, CARET, PERCENT, DOLLAR SIGN, HASH TAG!” but something about this particular brain-tickle not only made me shout out strings of stupidity, but also made me whip around in my chair.

And there she stood—as old as a tortoise, though not nearly as short. Or leathery. No. In fact, the woman who stood behind my chair was rather tall for an elderly matron, with long, dark, silver-streaked hair and soft, wrinkled skin the color of parchment. One gnarled hand clutched a crooked walking stick, and her eyes, oh! how bizarre—muted iridescence that swirled as though liquid, sans pupils.

She smiled, skin creasing, bunching around well-worn laugh lines. “I have chosen you,” she said, tone smooth, voice rich—like melted chocolate. “You will write for me.”

I stared—actually, no, I flat-out gaped. Then I glanced around my teeny-tiny living space, trying to puzzle out how this strange old woman had gotten in (I swear I locked my door!) when she leaned close and whispered: “That matters not.”

I goggled. Excuse me? That mattered n—I mean, that didn't matter? Of course it mattered! God only knew how many thieves could—

Crooked finger shot up. Wrinkly lips pursed. Pupil-less eyes drilled into my freshly tickled brain. I stared, suspiciously. What the heck . . . could she hear my—?

“Thoughts?” Smile returned—this time, a knowing one—and I narrowed my eyes. Who was this, anyway? Or did that matter not, too? At this, her smile broadened in seeming amusement. “In time, you will discover,” she replied. 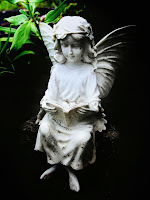 Then she straightened against her old bones. “Five stories you will write,” she explained. “Five from my world. Knowledge and understanding—all shall be revealed through images and sensations, memories forever etched. Absorb, never alter, and always trust what you see. You must write”—she gave a slow nod—“because they must know.”

She reached over my shoulder and waved a bony hand at my computer. The air crackled, rippled, sparkled as though she had just sprinkled some silvery craft glitter, though it vanished in a trice. I cocked an eyebrow. Um . . . right. And Yoda-like, you must speak. But no sooner had I twisted in my chair to say as much, than—

Huh. I shrugged, shook my head, and returned to my computer instead. Weirdo, I thought, until a smooth, chocolaty voice echoed in my mind: I heard that. . . . trailed by laughter so blithesome and light, it tinkled like wind chimes—oh, no, wait, it was my wind chimes, only . . . there was no wind. Curious. . . .

Ah. Thus and so, I began to write, secure in the notion that I had been chosen by . . . um . . . some strange old woman whose mysticism had instructed me on a . . . vague bunch of stuff, and offered up some blind hope that somewhere along the line I'd be visited by some images or memories or sensations or—well, I don't know now . . . it all seemed like some odd dream. I yawned. Sleepy, so sleeeepy . . . 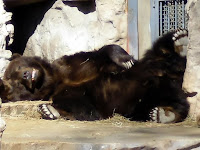 So I lay down, sighing, snuggling into some nice, warm blankets, content in knowing I was no less crazy than the kindhearted demon who had decided to rescue one lost, misguided human soul from the fiery pits of—

Oh. Blankets. Right. I gripped them tightly as though clutching reality itself, while my excitement began to bubble and churn. Hmm . . . it seemed things were about to become mighty interesting, indeed. . . .

See? *yawn* Booorrrrring. So much more fun and entertaining to fictionalize/sensationalize/imagine what could have (not!) happened.