Word of the week: amuck \ə-ˈmək, -ˈmäk\ (hear it!) - adverb - in a wild or uncontrolled manner – Merriam-Webster Dictionary

Now that I’ve finally shoved my ten year old “novel child” out the door and into the big, bad world, having strongly encouraged it to run amuck like a mad-book, screaming and yelling and wreaking havoc of the most dark and gritty kind, I can at last spotlight some of my fabulous fellow indie authors.

And what a set I have for you! Four very talented ladies I’m very privileged to know. Please let me introduce (or re-introduce, as the case may be) these wonderful writers and present their current and future offerings . . .

* * *
Court Ellyn – I had interviewed her way back in January, spotlighting her two very well written and in-depth novels, Blood of the Falcon – Volumes I and II, the beginning of what’s known as the Falcons Saga. Her books were my first real foray into reading other indie authors’ work, and what a treat they were! Much of the time I had forgotten I was even reading an indie author published book, they were that good, and when I discovered the Falcons Saga storyline and its various characters were to be continued possibly by the end of this year . . . believe me, this thought never left my mind, and I’ve been eagerly awaiting the next book’s arrival.

Well, guess what? The wait is over. 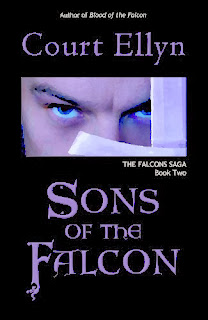 Sons of the Falcon is here, folks! And if you’re strongly into fantasy novels, be sure to grab it!

Download it at Amazon for Kindle, or order it from CreateSpace if you’re of the more traditional, “gotta have a physical book in my hands” person.

Me? I’ll be getting a hard copy, signed by the author herself.

Or keep up with her blog, Wordweaver.

One indie author you don’t want to miss out on!

* * *
Holly Kothe – I’ve always enjoyed the writings of this fellow Writer’s Beat member whenever she’s had the chance to post a piece up for critique at our snappy little writing community. Even in semi-rough draft form, her stories are several hands above most with their interesting concepts and characters who fairly jump off the page. I know she has a novel in the works, but that’s further on down the line. 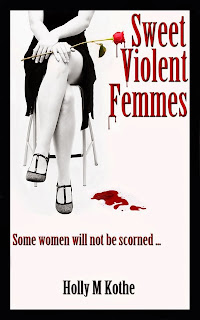 For now, she’s decided to put together a collection of four short stories, Sweet Violent Femmes, [official release - tomorrow, November 23rd!] and here’s her back cover blurb . . . a small taste to whet your appetite for the full deal:

"Within a month, my romantic, Lost Generation fantasy of the city had sharpened into reality. The only moveable feast I'd found in Paris was of the fleshly variety - a constant supply of lithe, undulating bodies presented under glass, offering every view to the clientele."

In this dark and disturbing collection, Kothe explores themes of the damaged, the devious, and the deranged heroine, and examines the consequences of pushing the female heart one step too far.

The Glass Room
An American girl maintaining her comfortable Parisian lifestyle as a high-end brothel escort faces off with a mysterious client whose sadistic dependencies threaten her livelihood.

Tethered
After a passionate quarrel with her conflicted lover, a woman realizes that the best kind of relationships are the eternal kind. Sometimes the man just needs a little push ...

Seeing Black
A lonely librarian nursing a broken heart gathers liquid courage in preparation for her sister's visit, and struggles with a peculiar ailment she's had since puberty.

Feminist Theory
A troubled but diligent chemistry student reacts to the unsavory intentions of a predatory psychology professor.

. . . and having had a sneak preview of this collection, I can tell you this with absolute certainty: If you like dark and edgy with female protags who take no shit from anyone, then Sweet Violent Femmes needs to be on your “to read” list.

“Hang on,” you say. “If you aren’t familiar with her writing yet, then how in blue blazes can you back her with such certainty?” 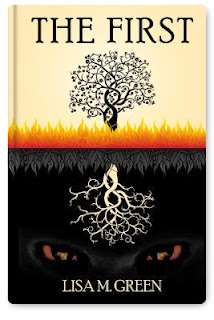 Because already she’s shown such a high level of professionalism, drive, and dedication to her forthcoming novel, The First, that I can’t help but suspect her writing and her story will be just as powerful and just as near-perfect. (Not totally perfect, mind you; after all, nothing’s completely perfect.)

Spending a great deal of time in various writing circles helps one develop a “nose” for who’s serious about their writing success, and who merely “dabbles” or attempts self publishing for that alleged “easy way out” (which is as mythical as the jackalope).

No doubt Lisa is the former—strong and serious with a eye on success—and you can help back her debut novel at her kickstarter campaign: The First. View the video, and read sample chapters.

* * *
Lorraine Sears – My dear friend and Writer’s Beat staff comrade has been working very hard on polishing up Soul Reunion, the first novel in her Soul Takers series, unique tales of the steamy para-rom variety. Para-what?! you exclaim. Para-rom – paranormal romance, a sub-genre of the more traditional romance novel whose focus is indeed romance with elements of fantasy, science fiction, and/or horror mixed in, and prevalent relationships between human and the unusual: vampires, werewolves, ghosts, shapeshifters . . . you name it.

Through her Soul Takers series, Lorraine has constructed a fascinating fantasy world of strong, handsome Soul Takers and their beautiful counterparts, Death Dealers (and yes, they are beautiful despite the title!), as they all strive under the all-powerful Marshall to keep evil from devouring the whole of mankind and beyond. 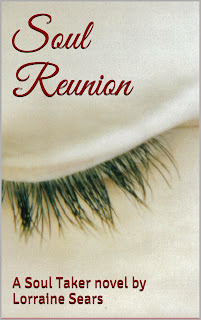 In her forthcoming novel, Soul Reunion, secret a web of deceit and betrayal must be unraveled and destroyed for main characters Goran and Maya—Soul Taker and Death Dealer, mated lovers for an eternity—to be together as one once more.

Soul Reunion, debut novel by Lorraine Sears, is slated for release for Kindle on December 13th, 2013, and I’ll be interviewing Lorraine next month on December 11th at the eleventh hour, so much more about her will be coming your way!

In the meantime, visit Lorraine's blog, Red Lorry's Journey, and see what she has to say!

* * *
I’m so proud to be able to help support my fellow indie authors and their writing endeavors, as we together struggle to get our names and our projects known to the wide world. Please, consider supporting them, too.

Read, rate, review. It’s the best gift you could give an indie author.
Posted by Devon