Word of the week: dysania – noun - The state of having a hard time waking up and getting out of bed in the morning. - The Free Dictionary

For a half-dozen years, The Writer’s Beat (WB) online writing community has been a huge grounding force in my writing life. Not only has it enabled me to tenfold improve upon my skills through honest critiques and feedback, it has also connected me world-wide to so many other writers, people I wouldn’t have known had I wallowed miserably in the ages-old belief that “writing’s just a lonely profession.”

Well, thank goodness for the internet! But even more, thank goodness for friends who share in a love for writing and the writing craft, those who understand what you mean by: “No headhopping!” or “Check SPaG!” or “Your protagonist has fallen horribly out of character and there’s no rising tension within the scene, not to mention all of your characters have been stricken with the ‘floating head syndrome’.” 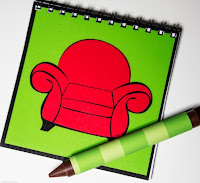 Yes. We writers always speak in code, and Elzevera is one of these writer friends who can crack said code with both the power of her knowledge in the writing craft and the handy-dandy secret code notebook passed around by the covert society of fancy-pants underground writers. (Shh — don’t tell anyone!)

First a moderator and now a fellow administrator at WB, Elzevera is a creative writer passionate about her works-in-progress, and although she lives on the other side of the Atlantic and I’ve only known her through online interactions, she has proven time and again to be a wonderful, loyal friend.

So here she is to introduce herself and talk a little about her current writing project – Elzevera (also known as “Ilseum” at The Writer’s Beat writing community), whose beautiful name I couldn’t resist using the shortened version of, Elze, in my own story, “Open Your Heart to Chance.”

* * *
Several years ago, I joined a writer’s forum called Writer’s Beat. I’m not even sure anymore why I joined in the first place, but I think it was the Character Clinics that pulled me in – a section in which you can pretend to be one of your characters, and have other people ask you questions you need to answer in that character’s voice. Through it, I developed the wondrous, imaginary world of Falyrin, the basis of my first novel that has yet to be finished. I’m not a steady writer, though I’m getting closer to being one, but through the years on the forum, I do consider myself to be a ‘real writer’ now.

I had no intention of being published whatsoever when I joined, while now I can see it happening one day, maybe. I love my characters to bits, and I cannot wait for the world to get to know them as well. I mean, who wouldn’t want to read about a semi-vegetarian, talking fox? Being a bystander while my characters take the story away with them is one of the things I love most about writing. I know everything I put down on paper comes from a remote corner of my own mind, yet sometimes it really feels like I have no control over anything. The story is the way it’s supposed to be, thanks to the characters, and that’s the way it is.

I’ve been working on Falyrin – my baby project – for a good handful of years now, and over the past year I think I’ve been more productive than any other time before that. It feels like something’s actually happening. The ideas have been in my head, and even on outlines, for long enough. Now, they’re finally making it to the paper. With a bit of luck (and actual effort – call it writing-dysania, if you will), I hope to finish the first draft in the upcoming year. The hardest part for me has always been to not linger on what I’ve written, but to write on, to make things happen. I’m looking forward to the editing process. And I’m looking forward to finishing the first draft so I can go on writing my other two projects, taking place in the same universe, but on other planets.

"Are you almost finished, Dad?" Allie swung her legs back and forth, her hands resting on the wooden desk on either side of her thighs, arms stretched. "You've been at this one for over a month!"

"Almost finished. I promise. It just needs one last little touch." Bent over a large cardboard box set on his working table, he furrowed his brow in concentration. 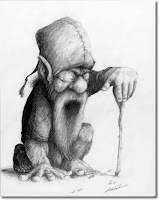 "What's so special about this one? You've done all the others in less than two weeks, and they're perfectly lovely." She smiled, looking around at the small, lifeless creatures spread about the workplace. They were everywhere. On desks, on shelves, on one side or the other of the doorway... Little people, Allie called them, although the term wasn't exactly right. Some did look like miniature human beings, but others looked more like a badly shaped vulture. Others still had tails, or animal ears.

"Ohh, Allie, my dear... This one is different!" The same answer she had gotten the past two weeks, whenever she'd tried to understand her father's drive to put so much effort into this particular project. She let out a sigh.

"Could you hand me the salt please?" The professor looked up and held out his hand.

When she did, instead of sprinkling it into the box like she expected him to, her father put the salt into his coffee and took a sip. She knew better than to ask for an explanation. So she sat in silence, trying to figure out what was going on.

"And now," her father announced in a solemn and somewhat theatrical voice, "the time has come. Only one last thing is needed for this project to be completed. Over here, please," he stated, motioning his daughter to approach.

Allie flustered with excitement, and she jumped off of the desk to join her father.

"What do I do?" she asked with curious eyes.

"Tickle him. That should do the trick."

"Tickle him?" Allie put her hands on the edge of the table and got onto her toes to see inside the box. There was another lifeless creature in it. It seemed no different from the ones that were already sprawled across the room.

"Yes. Tickle him. He needs to experience a strong emotion, but I wouldn't want to frighten him to death. You see, he's only a little creature. He can't handle much. Just tickle him gently. You'll see!" The professor gave her encouraging smile, and Allie looked at him before turning her gaze back to the contents of the box.

"All right..." she said, not quite convinced. She reached inside and swept her finger over the creature's belly.

To her surprise, and the professor's fulfilment, his little body started to twitch, and Allie could swear she heard if only the slightest of giggles.

Amused and astounded, she couldn't help but tickle the creature again. It got struck by a fit of laughter now, and seemed unable to stop. She chuckled.

"I told you this one was different," her father stated with a small smile, laying his hand on his daughter's back. His voice was barely above a whisper. "This one's alive."

*  *  *
Come visit us at The Writer's Beat writing community, where every critique comes with a free zombie (free-range) and a host of wonderful, friendly people.

And of course, credit absolutely goes to the talented artist who drew the lovely pencil-art gnome. If only I knew who it was!
Posted by Devon