Word of the week: malleable \ˈma-lē-ə-bəl, ˈmal-yə-bəl, ˈma-lə-bəl\ (hear it!) - adjective - : capable of being extended or shaped by beating with a hammer or by the pressure of rollers; 2 a : capable of being altered or controlled by outside forces or influences, b : having a capacity for adaptive change - (Merriam-Webster Dictionary)

Writers love them. Readers love them. They're flexible, malleable, tasty, and strange, and they're always at a writer's disposal whenever s/he needs to create or expound upon some narrative or dialogue, poke a reader with a certain point, or caress him with soft sentiments of oozy-goo in a romantic tryst.

They're fun to play with—to bend, twist, and break—and they even taste like pop-tarts, if you eat enough of them. In fact, Connecticut native Noah Webster believed they were important enough to compile and define in the high hopes of expanding upon people's knowledge back in the nineteenth century.


So why in the dad-blamed world are so many people today terrified of “BIG WORDS”!? [insert screechy music here: think Psycho shower scene]

Big words. Little words. Medium-sized words. Pfft. They're all the same—they're words. Wonderful letter-constructed play toys. So when someone ever told me: “Oh, don't use that word. It's too big. People won't understand it,” I nearly fell out of my chair in astonishment, befuddlement, and heartbroken sniffly-miffed-ness. I loved that word! And I couldn't use it in my own creative works because . . . people wouldn't understand it??

Really? Really?? (Touchy subject for me, can you tell? And yes, I plan to go against the grain of common thinking, here.)

Through the years, and through the time I'd been learning about and trying to teach myself the fickle craft of writing, I've had a half-dozen bits of projects critiqued at a half-dozen writing forums, and while I appreciate the effort (trust me, a well thought out critique takes a hefty amount of time; I've given enough of them myself) and all of the useful input I had received, I still find it mind boggling that another writer would even say that!

These words, these large, obscure (but beautiful, and useful) words have been coined “fifty-cent words,” or “five-dollar words,” or even “ten-dollar words” (depending on the rate of inflation, apparently); they're words writers use to supposedly make them sound “clever,” or “intelligent,” or even “well-read,” according to some people.


Well, duh. Writers should be well-read; it's one of the essential tools for good writing. And readers shouldn't be fed a junk diet of only “two-penny,” or “three-penny,” or whatever other stupid phrase used for smaller (equally beautiful, equally useful) words out there (remember, they taste like pop-tarts). Heaven forbid we writers make readers think . . . and learn a new word. (Does my Word of the Week now make sense?)

Consider this: How exactly does the average child learn to successfully read, and expand upon his working vocabulary, if s/he isn't constantly, and consistently, confronted with new words? Kids are introduced to them all the time, and can certainly learn them contextually. Adulthood does not mean this learning stops. We have our own vocabularies to consider, lest we get mired beneath a bog of “little” words, with no hope of progression.

“Subjective!” you cry. “I know more big words than the average person does!”

Fair enough. Sure, it's probably subjective. After all, it's only my opinion, my belief, what I've seen/experienced. Yes, many people know a variety of big words; however, I'm willing to bet more don't. I still learn new words almost every day. So perhaps, if a writer's first task is to entertain, it should be his second (or third) task to inform or teach—on the sly.

No, of course, writers shouldn't cram string after string, sentence after sentence, paragraph after paragraph of colossal, unfamiliar words down a reader's throat; it'll make him choke, and he's likely fling the book (or e-reading device) away in terrified escape from the bombardment. Horribly disastrous. Yes, “the expeditious russet vulpes vulpes hurdled over the indolent canis familiaris,” is more clunky to read than: “the quick brown fox jumped over the lazy dog,” with a greater chance of incorrectly used words (which I suspect is the real issue, and which I suspect I've done here). 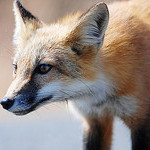 But really, one, two, even three “ten-dollar words” per chapter should not result in torture. It should result in enrichment. And with the advent of in-device e-reader dictionaries, that “Oh, I can't be bothered to get up and get a dictionary” excuse is (again, just my humble opinion), no longer valid. Click on the word, and a dictionary will present you with its definition. There. Like magic. Use it. Revel in it. And please, always, always continue to learn exciting new words. Your brain will thank you.

Believe me, I'm extremely proud of my twelve-year-old son who has the vocabulary of a high school student, and of my kindergarten-age daughter who not only knows the words “concierge” and “defeat,” but can also use them properly in sentences without prompting or hints. I'm glad they're not afraid of “ten-dollar words,” and they know exactly how to spend them wisely.